How Industrial 3D Printing Has Impacted Many Industries

The uses for 3D Printing have certainly made an impact on the world as a whole. We have seen what started out as a means to create 3-Dimensional art and simple designs, explode into a way we live our lives and receive many of the items we use on a daily basis. 3D Printing has opened the doors for the medical field to produce entire limbs for amputees, NASA to use the technology to further human reach into space, and we have even found a way to make clothing out of 3D Printed materials. It is astounding, but 3D Printing has not simply been embraced by these industries. It has made an impact on industrial industries as well.

One of the biggest ways the industrial manufacturing world is hindered by traditionally manufactured parts is an inability to adapt to changes. When a large-scale piece of equipment breaks or must be modified for practical use in an industry, parts and pieces must go through a lengthy and costly manufacturing process to get them exactly right. However, 3D Printing does not have such strict confines.

When a part is needed, either for replacement or modifications, it is simply 3D Printed. This takes out a lot of the back and forth with manufacturers and production officials, thereby making it easier than ever before to receive necessary parts. Parts for manufacturing plants and industrial operations can be made on demand rather than warehoused in facilities adding to the versatility of the entire operation.

A look at the sheer size of an industrial 3D Printer. Much larger than the desktop versions most of us are used to seeing.

Have you ever asked yourself why it takes so long for a manufacturer to work out any kinks in their system? Upon release of certain industrial grade products, general use will determine any issues with the product. The issues are often brought to the manufacturers through customer comments, but it can take literally years before a new version of a product will come to light. The reason for such delay can be a number of factors, but most often, it is simply due to the high expense involved in traditional prototype manufacturing.

Consumers do not always understand that a product must be researched and developed over a series of trial and error situations. The manufacturing costs for modern R & D can be hugely expensive and very time consuming. What 3D Printing does is cuts that time substantially. Instead of remaking a product with the high cost of standard prototyping, a company can simply 3D Print a new version over and over until they get it exactly right. This allows for the kinks to be taken out before it even makes it to the hands of customers. Thereby improving customer response and eliminating many of the underlying issues before completely manufacturing a whole line of products. 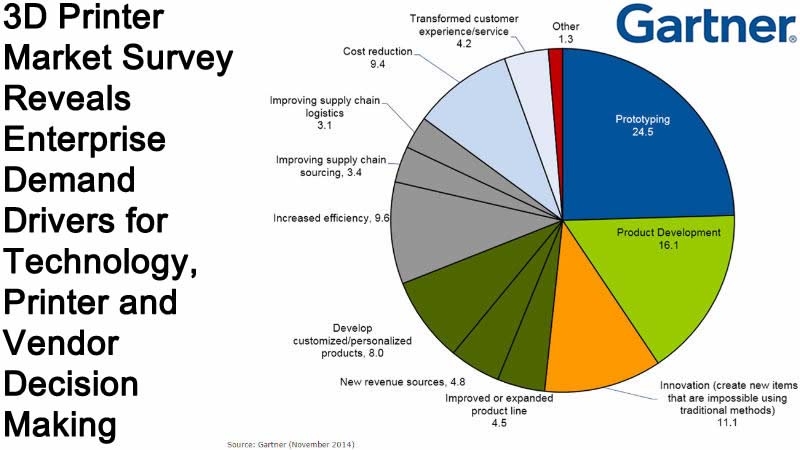 Better for the Environment

Industrial manufacturing has been the cause of many environmental disasters throughout history. Pollution caused by high yield manufacturing plants have a very negative impact on the environment and, as most utilise new materials, little is recycled in most industries. 3D Printing, however, turns this notion on its head. Instead of using a lot of energy and new materials, 3D Printing technology brings the ability to simply recycle older materials into new products. This will substantially cut down on the environmental impact from certain companies.

In addition to recycling, industrial 3D Printers simply use less energy and produce far less emissions than many manufacturing machines. With less emissions during manufacturing, facilities will better meet environmental standards without negatively impacting the environment. Places such as California and France have some of the strictest environmental laws making it difficult for traditional industrial entities to build quality facilities in those areas, so 3D Printers capable of producing industrial products would be a welcomed device for many modern industries today.

There is little that industrial 3D Printers cannot do for the industrial world as a whole. Companies are now embracing the technology as it has proven to be far more cost effective than general manufacturing and prototyping. We may soon see a day where standard industrial production practices are completely replaced by modern 3D Printers.