The thought of leaving earth and repopulating a completely new planet is not new. For generations, since we first began building ships to go to the moon, people have been fascinated with the concept of populating a new planet. This fascination stems from the fact that we humans are naturally curious and love to explore concepts that have previously never been possible. Today, the possibilities of repopulating another planet are closer than they have ever been, and we have 3D Printers to thank for it.

Where Can We Go?

Humans have already landed on the moon and successfully built an international space station. However, currently, that is as far as we have managed to go into space. Mars is the next big frontier for the space program. From information gathered through unmanned missions to Mars, scientists have hypothesized that Mars is remarkably similar to earth and through evidence of microorganisms and the evidence of possible water at one time on Mars’s surface, they believe it is a viable option for human life. 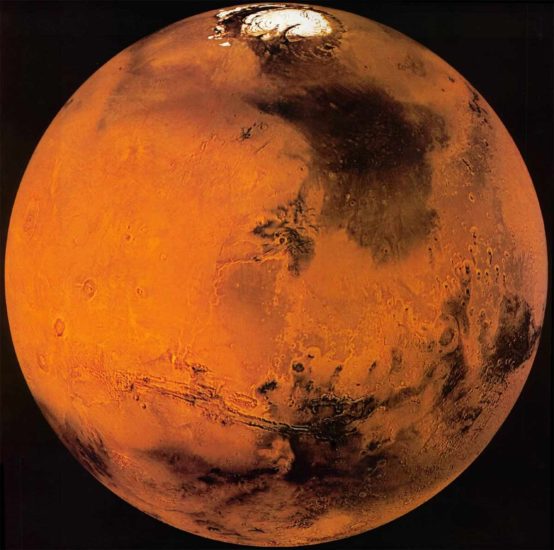 The Red Planet, Mars maintains a similar earthly structure and the possibility to support human life. If you look at this photo, you will notice the planet also has polar ice caps similar to earth.

Where Do 3D Printers Come In?

NASA has been at the forefront of the Mars Habitat project for many years and many theories have come to light of how to culminate a habitat on the planet, but success was not found until 3D Printers began to be used within the NASA space program. Today, space shuttles are coming equipped with 3D Printers. The reasoning is simple. When in space, everything cannot be accounted, so every item that could possibly needed has to be packed pre launch. 3D Printing in space offers them the chance to actually print what they need without compromise. We have already seen wild success with trials on space shuttles and the International Space Station, but now NASA is focusing on the possibility of using 3D Printers to help cultivate and develop an alien habitat directly on Mars.

3D Printed replica of what a Mars habitat might look like. This is currently just a model, but according to NASA, this could be the beginning of life on The Red Planet.

When any innovative concept involving 3D Printing comes to light, the thought of materials always comes into play. 3D Printed materials used on earth, such as metals, standard concrete, and even wood, may not stand up to the intense atmosphere surrounding the planet. Therefore, NASA has developed a new materials that mimics concrete with the use of sulfur. The beauty of this material is that it can dry in just a few hours making it possible to construct full structures on the planet’s surface.

How Will the Structures Be Built?

That is an interesting question. Here on earth, if we need something built, we simply send in a construction crew, but building on an alien planet is not as easy. Just getting to the planet will take possibly up to 9 months and then construction would be able to take place. It is likely the first mission to build structures would be unmanned. 3D Printers onboard the shuttle would be deployed to build structures for human use along with a manufactured atmosphere structure to allow explorers to move throughout the habitat. Humans would come much later once the atmosphere within the habitat were made stable enough for human habitation.

Challenges for the Project

There are many different challenges facing the impending 3D Printed Mars Habitat project. We have to find out how to build structures, use the right materials, and get a quality 3D Printer into space to complete the project. Other challenges come from the limitations of current 3D Printers. Generally speaking, when you use a 3D Printer for an extended length of time, the nozzle can become clogged and must be manually cleaned. For the Mars project, that is not an option, so teams working on this concept are trying to come up with a way to clean the nozzle remotely or develop a completely new 3D Printer design that does not require cleaning. The challenges are great, but over time, we will see them fall away and get closer to the possibility of human life on Mars.

3D Printers have given us much in the past 30 years. We have the ability to mass produce anything we need without resorting to traditional, and expensive, manufacturing. We can make all our dreams a 3D Printed reality at will and that is just the tip of the iceberg for what 3D Printers can do for us. Even though some claim it is merely a dream, through the innovations of NASA and their highly skilled development teams, we may see a time where we leave earth and start life on a completely new planet. That dream has been made just a bit closer with 3D Printers.