We have all dreamed of one day eliminating our need for petrol in our cars and great strides have been made in the electric car sector of vehicle manufacturing. Big name companies such as Ford, Chevrolet, and Toyota have introduced hybrid vehicles that bring us a step closer to reaching our goals and reducing our dependence on oil, but we have yet to realise the full potential of a complete electric car. Some of the first models introduced have been met with less than favorable comments from those who value performance over reducing their mark on the environment. Today, things are working a bit differently in the electric car world and we can thank 3D Printing for much of those highly valued improvements.

In 2018 the very first, primarily 3D Printed car was introduced to the public. The LSEV was a manufacturing marvel from Italy’s XEV company in partnership with Polymaker, a Chinese based 3D Printing firm. The union promised to produce the world’s first commercially available primarily 3D Printed car. Although certain components of the vehicle such as the tires and other functionality aspects were standard issue rather than 3D Printed, the final results proved an effective almost fully 3D Printed electric car. The LSEV has since gone through a name change and is now called the Yo-Yo but is now available for the general public to purchase. 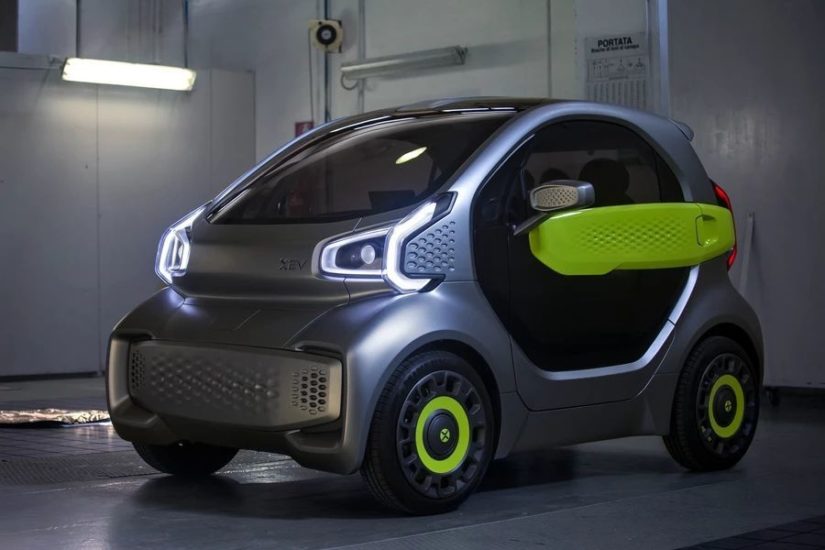 Why is This So Impressive?

What consumers do not realise about the cars they choose to drive is the design was put into play way before the final concept made it to the showroom floor. On average, it takes between 3 to 5 years for a new vehicle design to be approved and ready for the public. Apart from a customer approved design, designers must meet strict guidelines in regard to safety features, aerodynamics, and attempt to account for the various computer components available for modern cars today. It is a lot of work and the general public must wait years for a new design.

That is not the case when using 3D Printing as a manufacturing standard. The design of the Yo-Yo featured above took just a few months to complete and test. A 3D Printed car design can go from design to completed car in as little as 3 to 12 months. The difference with 3D Printing compared to general car manufacturing is that designs are printed in a few hours rather than having to wait for traditional manufactured parts to be made and shipped to the facility. Primarily, a 3D Printed vehicle can be produced largely in house without the need for outside parts resources, apart from a few components that are impractical to make via 3D Printing, such as tires for the vehicle.

A fully electric 3D Printed racecar has yet to be introduced. Electric cars are still coming up in their performance capabilities, but we have seen vast improvements in their features and performance in recent years. For example, the Yo-Yo maintains a 7.5 kW motor with an average speed of 70 km/hr. That might seem slow to some, but when put in an urban environment, where travel tends to be a little slower, the Yo-Yo is ideal. According to reports, this 3D Printed car has a range of up to 93 km before it must be recharged.

Another benefit to the Yo-Yo’s performance is the inclusion of the LiFePO4 cells. These cells allow the manufacturer to maintain a close eye on the car’s systems and alert them should batteries become damaged or perform poorly.

When Can We Get One?

3D Printed cars are the wave of the future, but you will still have to wait just a while longer before heading out to the dealership and requesting your ideal, environmentally friendly 2-seater Yo-Yo. Although testing is complete and the vehicle is said to work as it should, manufacturing in mass quantities has been a bit slow. Due to the fact that the car is not produced by one of the big-name car companies, a kickstarter campaign is in the works with an estimated commercial launch date of December 2020, that is if everything stays on schedule.