The future of robotics is in 3D Printing

We live in a world that is continuously shifting towards automation and robotics. In a recent report from CNN, it was estimated that 38% of American jobs, and a comparable 30% of jobs in the UK, will be dominated by robotics. Japan is forecast to be slightly lower with 21%. Clearly you can see that the market is expanding. As such, designers and CAD Modelers have seen benefit of utilizing 3D Printing for robotic construction. Consequently, new innovations and 3D models have overloaded the robotics industry. But that is not a bad thing. Creativity and innovation spark Engineering and reality.

Modeling with a purpose

Where many may feel that Zbrush has dominated the character design sector of 3D Printing Software, robotic design is still dominated by SolidWorks, and AutoDesk Software. The reason is due to the testing capabilities of the programs, allowing for tensions, welds, functionality simulations, and photorealistic renders to be composed prior to the 3D printing process. 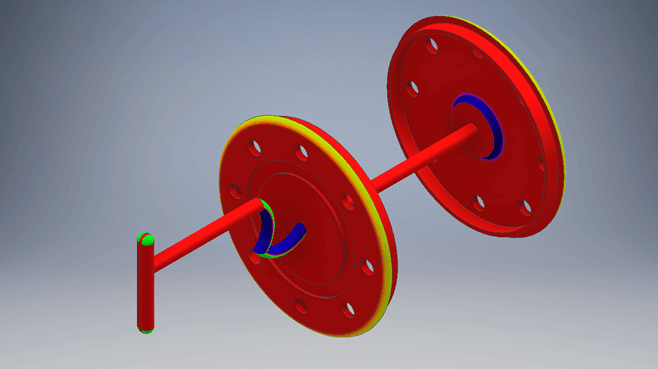 In the image above, curve analysis has been applied. The various colors give an indicator as to the dynamics of the curve and the strength of those curves. Image provided by Siclari-Studios.

Due to the testing capabilities of software currently available, such as stress analysis, the 3D Printing process is optimized, primarily because of not printing, and subsequently manufacturing, objects which will break when under strain.

Where are 3D Prints and Robotics dominant?

Nearly every sector of the industrial world has a level of Commercial 3D Printing. It is cheaper and quicker than the clay sculpting mock up or prototyping methods of old. One industry which is fully embracing 3D Printing for robotics is the automotive industry. Not only is the industry using robotics and 3D fabrications to showcase the next generation vehicles, but in the future, the industry may also 3D Print the robotics which will fabricate the automobile parts once they are approved for mass production & distribution.

Robotics on a Smaller Scale

While the Robotics in commercial and industrial sectors are growing, so is the use of 3D Desktop Printers for freelancers, entrepreneurs, and other creative persons. Robotic integration in 3D Printing has boomed. Robotics range from innovations for cell phones to even human body parts. As the parts can be printed individually and then assembled post-print, the size and scope of the project is limited only to the imagination.

It should be noted that the 3D Prints for robotics is mainly oriented to the hull of the design and not to the electronics which will operate the robotics. Again, the coupling of the monitoring, the analytics, and the materials plays a strong role in the development of the robotics. When printing your model, consider using OctoPrint, especially if you need to monitor the 3D Print remotely.

Robotics in 3D Printing would not be complete without focusing on the actual printing of humanoid robots in the industry. While the AI and the development of the robots to have more humanistic traits is nothing new, the rapidity of the developments of 3D Printed robots is. More and more companies are fabricating AI robots. One company in particular, InMoov, even offers open source on the 3D Printed robot design. 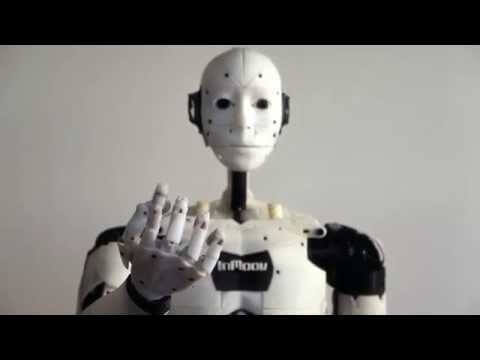 This robot shows the potential of using 3D Printing for robotics. While the mechanics are post print, everything else has been constructed using various parts from the 3D Printing process.

There are a few things to note about the robot prints. Firstly, the design can help to spark innovations in prosthetics and amputee maneuverability. Secondly, that the level of detail and usability of the robot is expanding. Where will it all lead? One can only guess.

A Difference of Materials

In 3D Printing for Robotics there is a difference in the materials used. Traditional prototyping materials tend to weigh more than 3D designed parts. The filament in the prints do allow (commercially) for the printing of metal and other alloys. However, for common use, the plastic filament is more commonly implemented into the design.

While it is a bit of a stretch to the imagination, I have a flash of the imagery from the Terminator movies of machines making machines. And, where it is quite improbable to have the AI for a hostile takeover, there is a bit of reality in the way in which robotics are progressing toward manufacturing and development. Of course, they are just machines and need developers & designers for their construction and that is where the 3D Modeler really shines. Because of the interchangeability between programs as well as the growing database of extensions that 3D Printers are compatible with, the robotic designs are limited only to the imagination and the current restrictions of the engineering required to make them function properly.