If you have followed recent events, then you will note that a great deal of the debate has circled around various historical landmarks. Whether you are for or against such political measures should not matter when considering the preservation of history. It is vital that history is captured and recorded. A classic New York Times Post stated “If knowledge of the past is in fact relevant to our ability to understand the present and to exercise freedom of mind…then there is cause for concern about many Americans’ sense of history. The threat to our knowledge of the past comes, however, not from government censorship but from the indifference and ignorance.” (Diane Ravitch 1985). Where it pertains to sculpture, it has been stated that it is the communication of ideas, community, sociological achievements, technology, religion, sexuality, morality, and law. To abandon such concepts is to diminish and mystify the past, giving way for history (sometimes in primordial ways) to repeat itself. Therefore, the preservation of sculptures is critical for our preservation of history.

The issue that arises is that there are several sculptures which are either too archaic to restore, or that the size of the monument would require a substantial allocation of government/private funding in order to restore them. Using 3D Printing is one way in which to minimise cost, ensure that the sculpture is preserved, and convey history to a younger generation.

Minimising the Cost to Preserve History

If you consider that a great many sculptures are made from stone, marble, or metal, and that antique sculptures may have hard to come by materials (for example if the style of marble has become a rarity or non-existent), then you can see how the cost to renovate a sculpture can rise to a high amount. Using a Commercial 3D Printer minimises the cost of a renovation project by (a) allowing the entire sculpture to be recreated rather than allocating funds to move the statue, revitalise the statue, purchase materials for the renovation, and then hiring the specialist needed to complete the task and (b) by creating the project using modern but durable materials at a fraction of the cost to the original, while at the same time maintaining the original look and feel of the sculpture.

Making Sculptures Where History Has Been Lost

One of the issues that arises with the preservation of history is that history tends to bend and disappear as new cultures and trends develop. Add to this conquest, poor care of the original sculpture, vandalism, and/or the fact that a sculpture may not have existed but was only planned for commission (such as a sketch from a Da Vinci notebook for example). The fact of the matter is that sculptures, historically speaking at least, diminish rapidly over time. 3D Printing, by a talented artist, can take the conceptualisation of the sculptures, the historical data provided about the sculpture, or even illustrations which are based upon the culture, art, and other such factors, and recreate a 3D Print of the model. 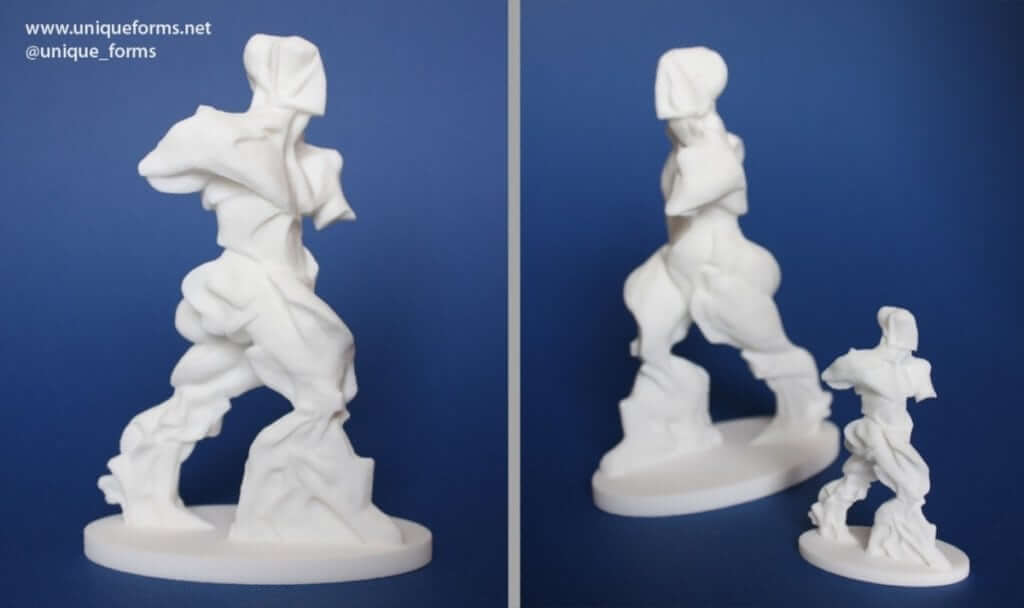 This model is a 3D Print by Matt Smith of a sculpture by Umberto Boccioni. The sculpture was destroyed in 1917. However, with the use of digital reconstruction and a Desktop 3D Printer, a replica has been made to help spark interest in a full-scale recreation project.

Ensuring the Sculpture is preserved

Historic Royal Places is one example of how the history and the sculpture can both be preserved with 3D Printing. In an article published July 10th, 2018 by 3D Printing.com, author Rawal Ahmed showed how (a UK based company) has restored 72 large-scale dragons using the 3D Printing process.  The dragon’s original sculptures were located in the Great Pagoda at Kew Gardens and date back to the time of King George III. Because the sculptures were made of wood, they began to rot over time (being as they are 250+ years old, this is understandable). 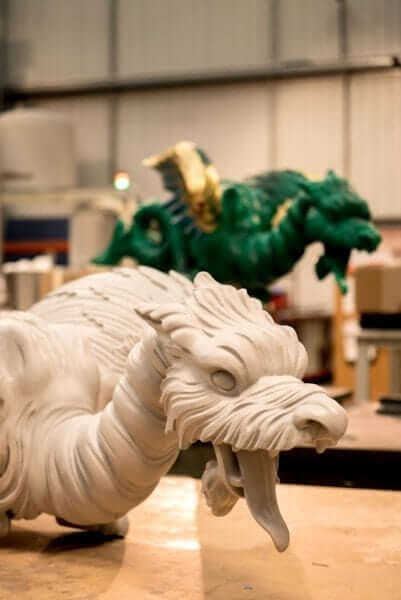 3D Scanners were used to bring the geometry into a 3D CAD program where it could be detailed and then 3D Printed. Image obtained through 3DPrinting.com.

Artistic considerations to sculpture and to history should also be noted when considering how 3D Printing can help to preserve history. Specifically, the creation of new pieces of sculpture to convey the thoughts, theologies, doctrines, economics, social life, etc. of cultures now non-existent. Where one can see this dominating the 3D Print world is within the mythological Greek/Roman gaming world. Where there is little to capture the historical integrity of the times (which some would arguably mention that these games strive to do so), the genre does make use of preserving the history of the mythological creatures, their dress, and to a lesser degree the culture of the Greeks/Romans.

On a more scholastic side, teachers can use the 3D Printer to make models of classic sculptures such as The David bringing history into the classroom.