How to Maximise 3D Printing Possibilities

Due to the remarkable increase in popularity for 3D Printing, the number of hobbyists, as well as professionals, in the market has boomed. The 3D Printing sector has become so well diversified and in demand that Forbes has said that will change the world stating that “along with a growing number of leaders around the world, that 3D printing will change the way things are produced more in this century than the industrial revolution did over the last 300 years.” Consequently, accessories and smaller print items have become the norm. While the Commercial 3D Printer still uses the printer for prototyping purposes, many are using 3D Printing to create smaller, customisable solutions to various problems.

When the Nintendo Switch came out, many of the users found that there were issues with the design. On the one hand the consumers gained a system which mimicked the Nintendo DS and other handheld devices. However, the Nintendo Switch sought to combine the functionality of the main gaming system, specifically that of its competitors PlayStation 4 and Xbox One, with this handheld technology. Yet, the company may have had another debacle (if you remember their attempt at Virtual Boy). Unfortunately, the docking and the controllers were not up to par. Using 3D Printing, and a bit of amateur ingenuity,  the docking station was recreated, handles were created, and some of the major design flaws were remedied without the consumer having to purchase an additional system or the company having to re-invent the console. Arguably, one could state that the system was overzealous in its scope and that the necessity to create accessories is evidence of such. Yet, regardless of this issue, the fact remains that the CAD Designs in place today can fix the customer’s demands. 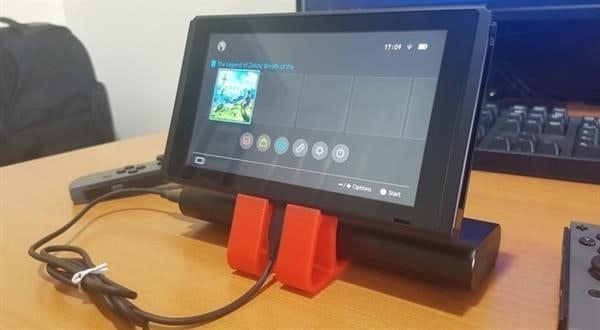 The Nintendo Switch Charging Dock station you see here was created by ObiOne Kenoobie. This fixes the issue of the power cord intervening with the charge (from tables and such).

The premise of 3D Printing is to create an artistic experience which caters to the designer’s personality and character. It is as much a means of cheap and effective prototyping as it is an extension of artistic expression. To expound with a few examples, when there is someone who prefers cosplay, he or she can print out the parts to the outfit by either using online sources (for example if a person wished to print a fully wearable star wars VII storm trooper helmet), or creating one from scratch. Of course, you will need to use due diligence in researching the safety of these prints (print and wear at your own risk). Another example would be with printing out accessories to everyday life. This could include keychains, iPhone covers, replacement parts for devices, wallets, custom jewelry pieces, sunglasses, and belt buckles. 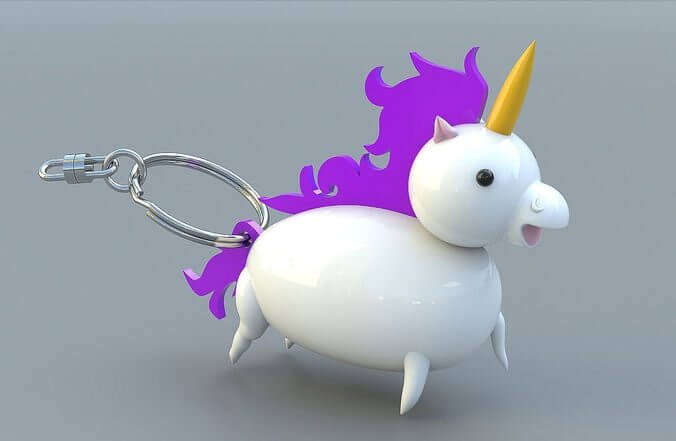 3D Printed Accessories, such as the unicorn keychain, allows the person to download the model in a common 3D Software format, such as STL, and then print the model on their Desktop 3D Printer.

Perhaps the most popular 3D Printed accessories are those which do not have a standard blueprint or a model for sale. They are the personal accessories which are available for the 3D Printer. While the keychains, and other abundant models, have their place, the ability for anyone to use 3Ds Max, Maya, Solid Works, Zbrush, or a similar program to create unique accessories is what 3D Printing is all about. Keep in mind that the 3D Printer can have a range of filaments, materials (such as glass and metal), and can be either complex or designed from open source plans and printed.

Unlike trinkets which are common in most stores, and are also prone to breakage, the 3D accessories are typically higher quality, durable, and cheaper to print, sometimes costing a fraction of the commercial cost. For those with a 3D Printer, 3D Printing your own accessories is somewhat comparable to purchasing directly from the manufacturer, only you are the one manufacturing the product (so in some cases, it is actually cheaper than doing that).

If you are unsure as to where to begin with creating your 3D Print accessories, there are several models, tutorials, programs, and courses online. Whether you wish to learn modelling for 3D Printing, wish to purchase and download a 3D CAD model for printing your accessories, or just wish to know more about the process, the information is readily available.