The loss of a limb is not uncommon, but for those that lose a limb, whether on the battlefield, car accident, or for any reason, it can feel devastating. Patients that have lost a limb often feel less than human and with the design of traditional prosthetics, that feeling does not always go away. As humans, we want to feel as though we are a part of the group. Our imperfections stand out, in our own minds, making it difficult to adjust to such a drastic change. 3D Printing is working to change that notion and so far in 2020, the efforts have been well received.

Realism is important to any patient that loses one or more limbs. They do not want to be thought of as handicapped in any way or pitied by onlookers. Although medical science has given much freedom and life to those in need of a prosthetic, they have neglected to provide the realism they ultimately seek. 3D Printing has bene a game changer in the prosthetics industry. Not only are patients given the option of having the limb, but how it looks as well.

The beauty of 3D Printed prosthetics is that each piece can be customised to fit the needs of the patient instead of the mass-produced models of old. Patients can choose to have hyper realistic features added to the limb to provide a sense of realism. New materials produced from 3D Printed prosthetics look and feel exactly like human skin and bone structure. No longer do amputees have to endure endless stares from curious people. They can essentially blend into their surroundings with ease through 3D Printed prosthetics. 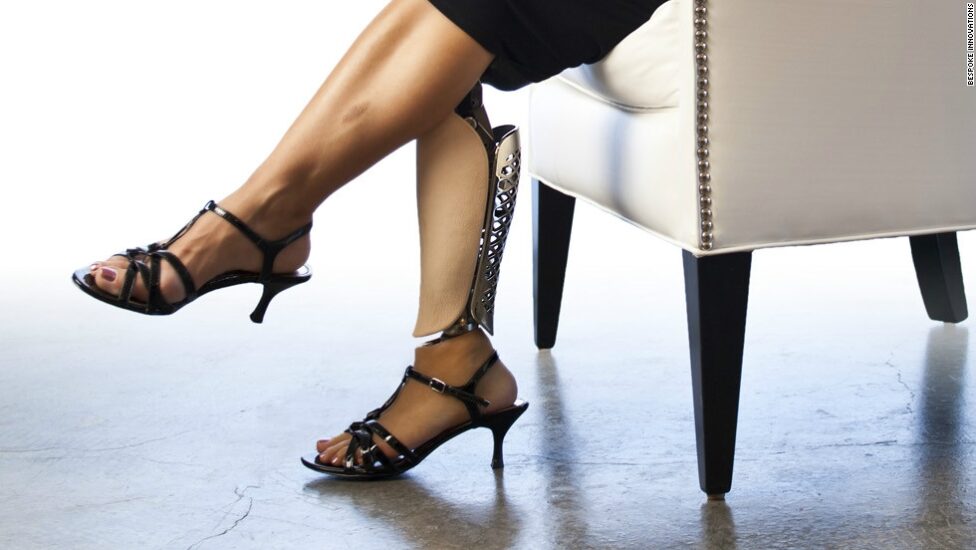 3D Printed prosthetic leg for a woman almost looks completely natural apart from the back mechanical structure. Notice the detail placed on this woman’s feet to give them a more natural appearance.

Looking the part is one thing, but our limbs are meant to move and allow us to move freely. Having a prosthetic hand or arm is great for aesthetics, but without the appearance of natural movement the part does little for the overall quality of life for the patient. Prosthetic legs fall into the same category. They have traditionally allowed some movement primarily for basic mobility, but it in no way looks completely natural. Again, this is an area where 3D Printers have become instrumental.

3D Printed prosthetic components do not simply look the part, in 2020 they have been made to act and move just like the natural limb would. Through the use of muscle grafts along with regenerative nerve interfaces, new 3D Printed appendages can be made to move according to what the person thinks. This mimics the natural nature of our limbs. When we think about holding onto something, our hands react and hold the object. It is largely an involuntary action to our conscious mind, and now through the advancements in robotics, nerve, and 3D Printing technologies, prosthetics are performing better and more natural than ever before.

3D Printed prosthetic arms can be comprised of skin mimicking materials and through sensory enabled movement, allow the person to maintain functionality within their prosthesis.

Not Just for Humans

Humans are not the only species that have the potential to lose limbs. Dogs, cats, and practically any animal can potentially lose a limb or be born without one or two. It is not uncommon to see a dog without one or more of its legs and complicated contraptions that work almost like a roman chariot have been used by owners to provide some mobility. However, these items can be expensive, uncomfortable for the dog, and if the animal is not willing to give it a go, can be completely useless. 3D Printers are now providing the answer for desperate animal lovers the world over.

3D Printed animal legs and look a little strange, but unlike wheeled contraptions used by animals in the past, each leg can become its own independent functioning entity through this amazing technology. These legs can be customised to the dog, cat, or any other animal no matter its size and allow the limbs to move naturally giving the animal substantially more freedom. Simply put, there are places wheels have difficulty going, but 3D Printed materials have no trouble on any surface. 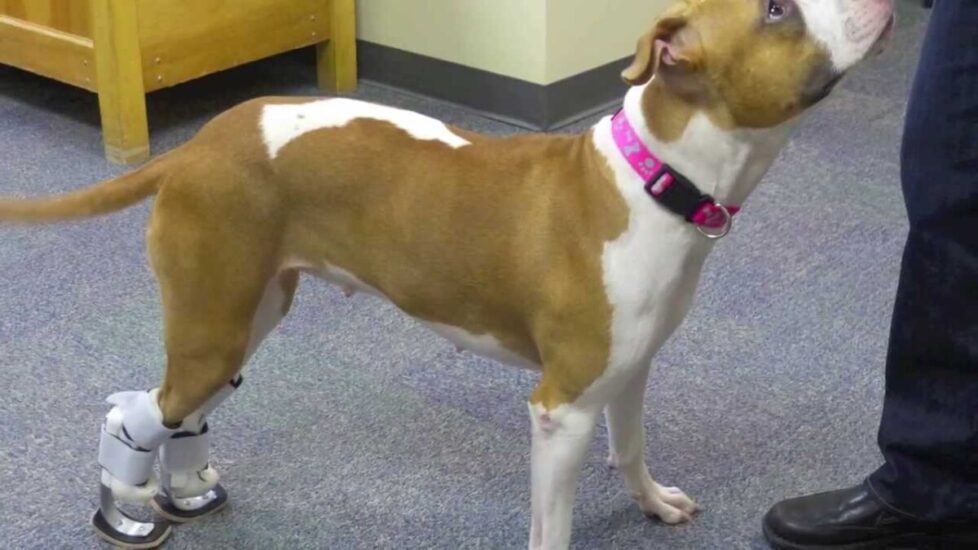 3D Printed back legs for this dog allow it to move naturally adding to the fun it can have with its owner.

3D Printers are amazing devices that have the potential to positively impact the world. 3D Printed prosthetics in 2020 are at the height of technology. They are giving new life to both humans and animals from all walks of life. Soon we may see a time where prosthetics seamlessly blend with natural limbs making it impossible to tell who is naturally whole and who may be missing a few natural pieces.