3D Printing in a Retro World

Retro is making a comeback

Trends, like history, repeat themselves over time. Currently Retro, and those things which tend to lean to the retro look and feel, are gaining momentum. What was common in the 70s, 80s and early 90s have been categorised as being Retro. If you are not feeling old at this point, as many of the parents and adults reading this probably are, then break your bell bottoms and parachute pants. We are about to modernise the Retro World, all with the help of 3D Printing.

One of the main places where we are seeing a comeback is in the music industry. According to Sony, the recent years have shown an increase in cassette tapes reaching 31% and an astronomical increase in vinyl player sales. The record players in 2015 outsold all other media types in 2015 during the holiday sales. That is saying a lot. Maximising on this trend some companies have turned to 3D printing to really bring out the colours, designs, and merge different eras together. For example, you may find a record player which has a bright orange or blue look combined with the large geometric shapes of the 80s. Clearly, record players were not in their peak days in the 80s (can we all say 8 track and boomboxes), but that is not the point. The point is that modern 3D Printing is recreating the look and association of the old with the new.

Going beyond the player, new focus has been given to 3D Printing an actual vinyl record. Of course, the record would not be vinyl when printed, but it would retain the look and the sound of the records that we have grown to love. Heading up this project is Bacardi Beginnings. The record was printed on a Stratasys Objet500 Connex Multi-material Commercial 3D Printer. Working to create the record was Ghassaei, the algorithm writer.

While the capabilities to print 3D records in various colours definitively contributes to the aesthetics of Retro culture, there is one major drawback. The resin from the 3D Printing destroys the traditional record player’s needle. But is this really an issue? Maybe not. 3D CAD Modelers are already creating hand cranked record players and are exploring the capabilities to use Desktop 3D Printers to make various components for vinyl record players. It will only be a matter of time before a fully functional, but completely 3D Printed vinyl record player will be produced.

Other music mediums are already seeing the benefits of using both Desktop 3D Printers and Commercial 3D Printers to create Retro looking products. Specifically, the cassette tape has benefited hugely from 3D Printing. Tapes which were obsolete have been revitalised with the use of the printer. New cases have been made for damaged tapes. Components for tape players have been re-created, allowing for the unplayable to become “new”. 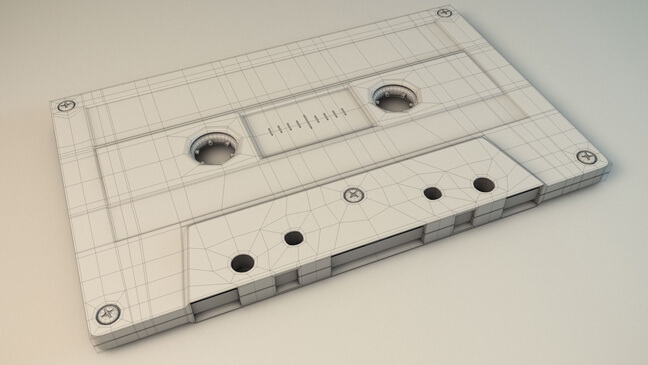 This free model shows how you can take a 3D CAD Model and print it, using the colours and adding design elements as you require, to have a functional cassette casing.

The rebirth of Retro is as much about looking the part as it is about the actual music and music accessories. Here is where the 3D Printing shines. Because of the complex designs which modern 3D modelling programs provide, as well as the inexpensive nature of Handheld 3D Scanners, anyone can create models to scale or modify drawings/models and print them. From glasses to ear rings, bracelets to broaches, and mechanical to mystical, the abilities of the 3D Printer makes the scope of the Retro revolution boundless. 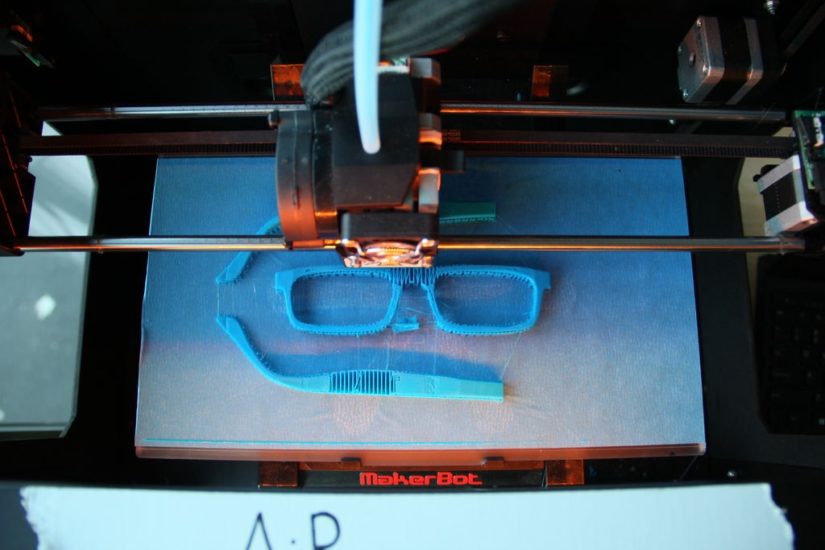 Final step in making 3D Printed Sunglasses. Follow the 8 steps and make your own. Make these at your own risk. By making this you assume all risk and responsibilities.

As trends from the past are re-visited by newer generations, we can expect to see that some of the iconic labels of the era to emerge into today’s culture. Of course, modern technology will be paired with the re-immersion of some of these trends. Such is present in the Retro 3D Printing (such as using the design of a Walkman case but holding a mobile phone). And while there may be some which are shaking their heads in what is considered trendy and modern, reflecting on their childhood and wondering why this or that fad has gained momentum, I would urge you to encourage the embracement of the old and mixture with the new. For one, it keeps the past alive in a new way. For another, it inspires new minds to find uses for that which many have thought to be obsolete. In a world which seems bent on leaving useful trends behind, the encouragement of coupling the old and new may be just the key factor in creating a world that is less wasteful, more creative, and harmonious all.