The car industry is a highly competitive market. The average vehicle owner knows about many different brands and these brands all offer essentially the same style of cars, trucks, or SUVs with a little variance in packaging or style. However, a growing market for the car industry is mid-engine sports cars. These cars are designed for speed and luxury rather than merely getting from one point to another. Among the many companies that have invested in this niche car market is Koenigsegg.

Koenigsegg comes from Sweden which has become synonymous with high end luxury and fashion. Their cars tend to be more oriented to those that want a high performance car for racing or just looking really cool while driving around town. When you think of these types of cars, you often think of the fastest motors and the sleekest models, but Koenigsegg is looking at their cars from a different angle and using 3D Printers to help make them faster and more economical with hybrid engine designs.

Hybrid cars have had a bad reputation in the past. Due to lack of available technology, the cars have remained sluggish to say the least The lack of available torque and thrust within the hybrid car market have stunted its growth as drivers want to be able to go fast, not just have an economical automotive option. Koenigsegg has answered the call with their hybrid engines through 3D Printers.

Standard manufacturing of vehicle parts has been limited to casting metal pieces for use. Where this method produces strong parts, it is not so adept at providing intricate pieces necessary for hybrid engine technology to effectively take hold. 3D Printing opens up a world of possibilities within the hybrid industry as the turbine to run a hybrid engine requires intricately designed parts within the casted housing. 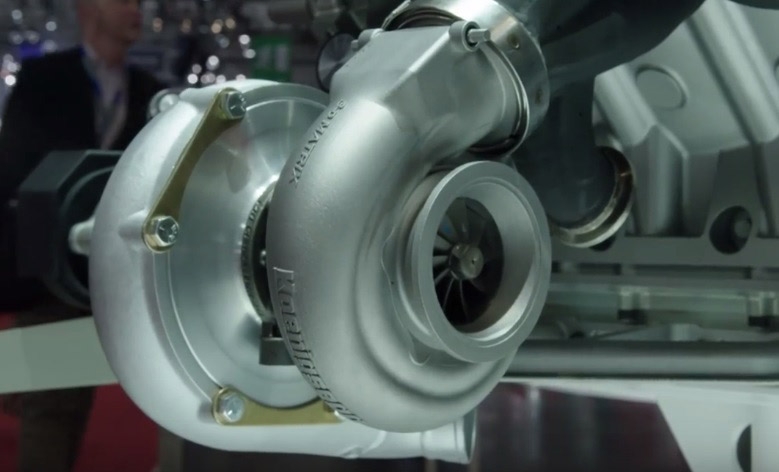 Technology at its Best

The Hybrid Turbo Charger housing used by Koenigsegg is larger than most standard turbo hybrid engines use. It allows for proper air flow through the turbine. The lack of backpressure from gasses rushing through the turbine creates a safer option for the engine and provides much more speed to the entire motor. What 3D Printing has made possible for this company is the ability to design a much more effective turbo hybrid engine than ever before. Unlike casting, each turbine design is intricately modeled within a computer program and then 3D Printed in full steel or titanium depending on the needs of the engine.

During the process, the internal components are 3D printed as well making it possible to 3D Print an entire turbine without the pitfalls of standard casting. The turbo engine remains much stronger and better built than standard casting can provide as it is manufactured as one piece rather than a lot of smaller pieces welded together through traditional methods. 3D Printing has provided much more versatility to the vehicle industry as a whole through the ability to 3D Print with metal, but specifically within Koenigsegg it has allowed for the ability to make a substantially more powerful hybrid engine in a more affordable and productive manner.

Turning the Hybrid Industry on its Head

Koenigsegg has revolutionised the way the average person thinks of hybrid vehicles and where this notion of 3D Printing on their high performance hybrid vehicles may sound inclusive to this company, other companies are taking notice. We have recently seen an increase in the number of car manufacturers that embrace 3D Printing for aesthetic parts of their cars, but we are now seeing more companies experimenting with the use of metal 3D Printing materials for their more involved and highly mechanical components as well.

Koenigsegg is at the cusp of a revolutionary new way of viewing the hybrid car market and, even though casting remains as the primary resource for producing car parts currently, we will begin to see a shift in this trend toward more 3D Printed pieces in the near future. The future is bright for the 3D Printing industry and we can thank companies such as Koenigsegg for their efforts in making hybrid cars faster and just more fun to drive through the use of 3D Printed technologies