2020 is sure to be a year of impressive feats from the 3D Printing world, but as far as we have come in the past 40 years within the industry, there remains certain challenges for the 3D Printer. As with all industries, 3D Printing is a growing entity that slowly builds upon itself year after year. We have seen some amazing things in the past, but what challenges still face the 3D Printing industry?

An Inability to Change

3D Printing has the capability to make a positive impact on virtually all industries that utilise standard printers and rely on manufacturing for their revenue. However, some industry leaders have been reluctant to embrace this form of additive manufacturing. It is not that they do not see the potential of 3D Printing as a means of changing their profitability, but it is the human instinct that is against change. Change can be uncomfortable and when you have a manufacturing avenue that seems to work within your business model, some industry leaders seems to look at it as an, “If it isn’t broke don’t fix it” mentality.

Although more and more industries are making moves to embrace modernised ideas, such as 3D Printing, there are still some big name companies that remain reluctant to introduce the technology to their business model. However, time has a way of changing minds and as manufacturing costs increase and consumers turn to 3D Printing as a means of manufacturing their own goods, even the largest manufacturers will eventually be forced to embrace 3D Printers and all they can do to improve their company. 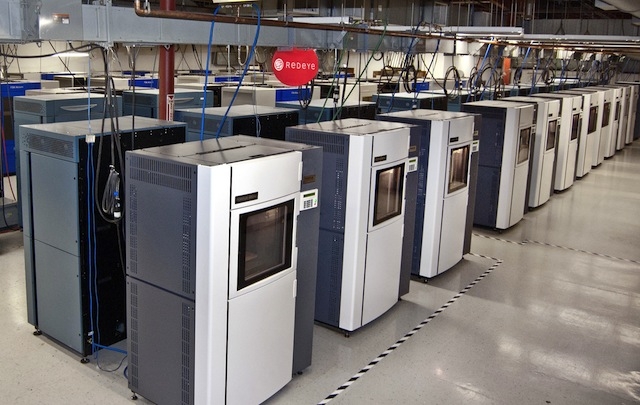 A facility with Industrial 3D Printers for mass production. How a modernised manufacturing facility might look.

As stated above, some manufacturers have been reluctant to change to the more streamlined manufacturing approach that can only be done through 3D Printing, but there is another aspect that many manufacturers look at when thinking of taking on a new technology. Stand-alone manufacturing equipment requires and operator and maintenance personnel. Employees are trained on a station and might learn another station or two to account for any absent employees, but training is standardised in many of these facilities. They have their training manual and they are sticking to it.

3D Printing does require some training in a manufacturing facility. The knowledge of the computer program and the components of the 3D Printer will be a requirement. Training for 3D Printers is available, but in order for a full scale manufacturing facility to embrace the full benefits of 3D Printing, they will have to train the employees on how to use the equipment. When looking at the short term, it can cost a lot of money, but for manufacturers focused on long term goals, it makes much more sense to simply train employees on 3D Printers and modernize the facility than simply keep going in the same, increasingly expensive manufacturing world. 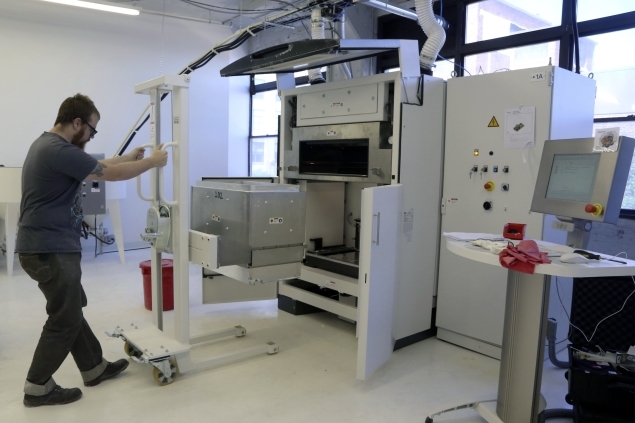 Time is something that is more precious than anything else we have on the planet. The average consumer today is not willing to wait for anything. We live in a world that is so focused on instant gratification, that waiting on anything is simply not an option. 3D Printers have been the subject of scorn in the past for their inability to keep up with demands. However, what the average consumer sees is not always reality. 3D Printers are not all slow machines, and many have been adapted to be much faster than ever before. Today’s industrial 3D Printers have been adapted to produce entire homes in a matter of 24 hours which was unheard of a decade ago. Although some traditional manufacturing avenues seem faster, 3D Printers are being made today to keep up with demand in a much faster and precise manner.

Our world is changing faster than ever before and companies are being forced to embrace new technologies and look at means of bringing more cost-effective products to consumers. In 2020, 3D Printing still faces certain challenges, but it is this year that many of these challenges will be overcome. We will certainly see modernisation of many facilities and an emphasis on streamlining manufacturing to embrace additive manufacturing through 3D Printing.