Disclaimer: Due to the complexities of skin cells 3D Printed skin should only be used for medical purposes by a licensed medical professional.

Warning: This blog contains some medically graphic images so those with a weak stomach or are children are forewarned.

3D Printing is so much more complex than it was originally designed for during the 1980s. Today, the complexities of what was once a means of simple printing, has gave way to 3D Printed objects being implemented into medical technologies, and ultimately finding their way into humans. 3D Printed implants and limbs have given people healthier and longer lives, but these days, science is taking 3D Printing to even greater heights with 3D Printed Skin.

Why is This So Revolutionary?

Skin grafts have been a part of life in the medical field for many years. In fact, evidence shows that skin grafts were first performed in 1st Century India. However, it was not until the 1800s that the modern skin graft, in which one piece of skin is taken from a part of the body and placed on another, was utilised.

Skin is known as the largest organ a human has and the complexities of skin make it very difficult to perform a successful skin graft. The skin grafting technique is most often used on burn victims to give them a better finish to their recovery without the traditional scarring left by the burn. Because skin is so versatile and able to repair itself, it is easier to shave one piece of skin from a non-burned part of the body and replace it over the damaged section. 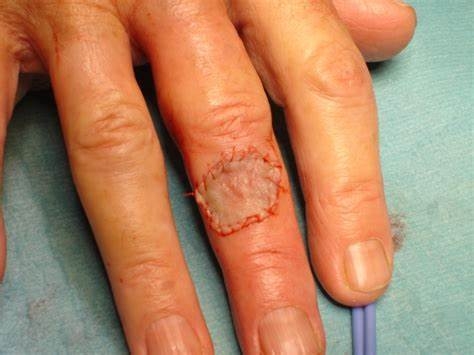 Traditional Skin Graft of a Finger.

Like all medical miracles, the use of 3D Printed skin grafts have been largely stunted by the complexities of the tissue. For a skin graft to be successful, the blood vessels attached to the skin must adhere to the blood vessels leading to the heart in order for the tissue to keep living. This is the primary reason skin grafts exist. The already living tissue can work directly with the skin around it, but 3D Printing this tissue has had a lot of challenges. That is until now.

Today, scientists have discovered a way to not merely make 3D Printed skin, but actually print blood vessels as well. The technology is still in its infancy but is showing drastic success with clinical trials of mice. 3D Printed skin grafts in the past have produced less than favorable results as due to the lifeless material, were more like a bandage and would simply fall away over time. Today’s successful 3D Printed skin grafts performed on mice are actually connecting blood vessels to the heart and proving very successful at holding to skin tissues around the area. 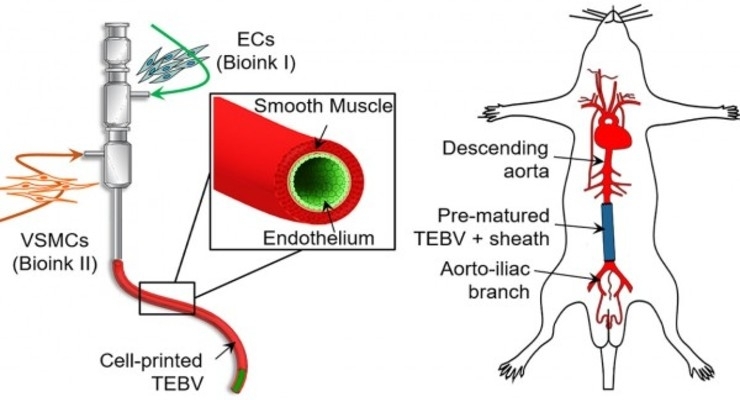 This image shows the complexities of 3D Printing blood vessels during clinical trials on mice. 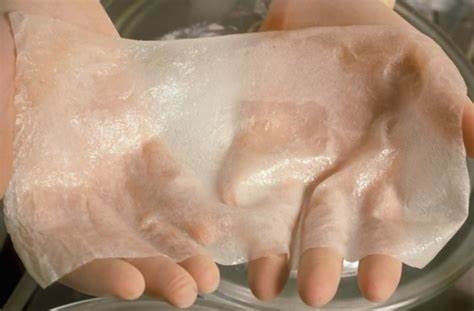 Here is a real 3D Printed example of what skin looks like for use in skin grafts.

What the Future Holds

We have seen mountains of success stories from all portions of the medical field with 3D Printing, but largely, much of the success has been merely superficial. However, with new developments and the ability to 3D Print living human tissue, we will soon see a huge spike in the number of burn victims that do not have to sacrifice a portion of their own skin just to get their skin back in another portion of the body.

Currently, we are a few years away from successful human trials, but as science continues to perform successful skin grafts on mice, we are only learning more about the ability of 3D Printers to aid in helping burn victims receiving a new lease on life. Soon, we may see every surgical hospital equipped with the latest in 3D Printers for use in printing organs, limbs, and yes, even skin tissues. It is a great time to be alive and medical professionals have 3D Printers to thank for much of their ability to improve the lives of their patience. We are going to see a lot of success from this area of 3D Printing.