We live in a world that is rarely available in a 2-dimensional fashion. Everything we see, touch, taste, is all in 3D. 3D Printing has opened up a world of possibilities for artists to take their dreams and make them into perfect reality. If you are an avid 3D Printer enthusiast or even a hobbiest, you have likely enjoyed a lot of fun and success from your machine, but if you have yet to couple that machine with a 3D scanner, you are missing out on something truly special.

What is a 3D Scanner?

In a standard 3D Printer a computer program is used to visualise and ultimately materialise the piece, but 3D Scanners are a bit different. They allow for credible input directly into the computer or the 3D Printer without the need to measure and design. Basically, a 3D Scanner takes a complete 3 dimensional picture of an image and the data is fed into the machine. This gives the user the ability to simply scan and copy a piece like never before, but how can this help? You would be surprised how much a 3D Scanner can assist with a variety of different industries.

3D Scanner for use with a 3D Printer

We have seen a tremendous outpouring of support for 3D Printers in the medical industry. Amputees have enjoyed various limbs restored with the technological advancements made in movable appendages and the ease of 3D Printing, but the technology can be made even more influential with a little help from a 3D Scanner.

Imagine the ability to replicate the exact limb taken off. A 3D Scanner has the potential to do just that. A medical office specialising in amputees could, potentially, replicate the existing appendage in a mirrored fashion to look exactly like the original arm, leg, or any part of the body. It might not seem like a huge advancement to some, as the appendage would still largely be a mechanical piece, but to the amputee, having a leg, arm, or any appendage that looks like an original would have to give them a better sense of freedom and belonging. We may soon see a world where amputees no longer appear any different than the rest of us. In a world where equality is encouraged, that would have to be a huge positive. 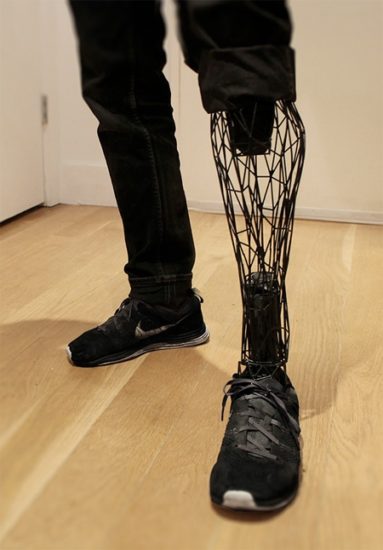 A 3D Printed Leg. With the use of a 3D Scanner this leg would be an exact replica of what was lost, or at the very least, the other leg.

The automotive industry is vast and growing exponentially each year, but one thing that holds the industry back is the lack of available parts for the cars they make. Vehicle owners, such as Jay Leno who embraces 3D Printed vehicle parts, can sometimes wait weeks to receive parts they need and if you happen to have a rare or out of production brand, you can forget finding certain parts to fit the car. This is one area in which a 3D Scanner and 3D Printer would work perfectly together.

Antique car parts and rare parts are hard to find, but manufacturers of any brand of vehicle would be wise to invest in a quality 3D Scanner in 2019 as they have the potential to open up a world of possibilities like never before. For example, a person comes into the dealership looking for a part to a 1935 Duesenberg SJ Mormon Meteor I; It is likely, the dealership will be scratching their heads on this one as this particular car is among the rarest models to ever be built. However, if the dealership employs a 3D Scanner they can simply take the original piece brought into the manufacturer and with a little ingenuity, simply scan and reprint the piece. Although certain modifications may have to be made to get the exact fit, a 3D Scanner with the assistance of a 3D Printer would allow for the exact piece to be made without ordering out for the part. 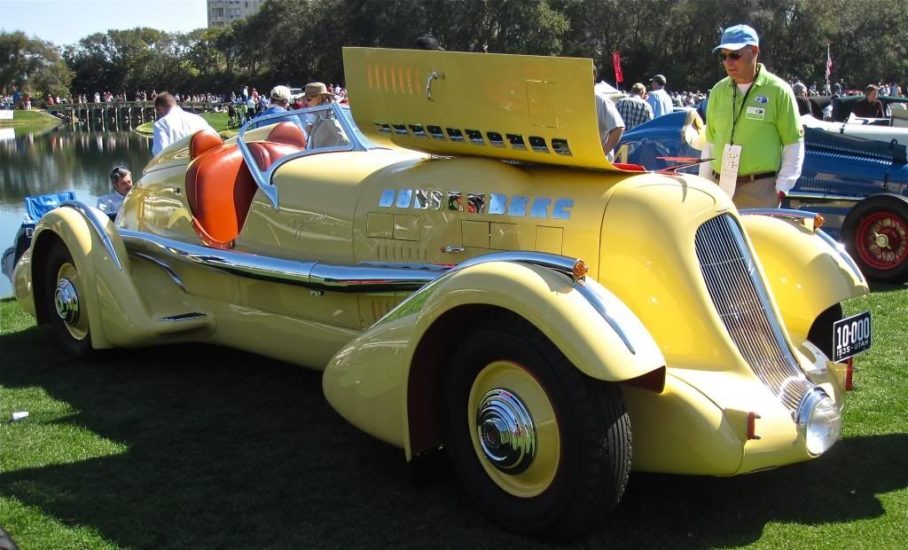 This is a Duesenberg FYI

Many other industries would do well to embrace the 3D Scanner for 2019 as they are the wave of the future. The 3D Printer can do a lot of good for any industry, but when the technology is coupled with a high quality 3D Scanner the possibilities are truly endless. If you have yet to purchase your 3D Scanner or upgrade your 3D Printer for the coming new year, now is the time to get ready. 2019 will soon be ending, so why not start 2020 with a brand new 3D Printer for yourself or your business.