Whether you are new to the 3D Printing world or have been doing it for decades, you have likely seen a 3D Scanner. These tools enable you to avoid complicated design needs and essentially take a picture of what you want to design and make alterations they see fit. Like 3D Printers, there are a variety of 3D Scanners available today, so for those looking to make their 3D Printers do more than they ever thought possible, here are the types of 3D Scanners to know about.

Among the more popular types of 3D Scanners are those that use Photogrammetry technology. Basically, this is when multiple pictures from various angles are taken of an object to get a full scope of scale, dimension, and intricate design of the piece. Photogrammetry works in conjunction with programs such as Trnio and Trimensional to produce a quality 3D Printed Model. Due to the high-end cameras available on smartphones and other devices, photogrammetry can produce some of the most intricate and impressive images and ultimately, 3D Printed Models available. Additionally, this technology is often easier for novice 3D Printer enthusiasts to use. Good resolution on your chosen camera is a must with Photogrammetry 3D Scanners.

Laser based 3D Scanners work much the same way, however, with one glaring difference. Instead of translating pattern deformities, the laser calculated distance throughout the piece. The subsequent model produced from distance variations is an exact replica of the piece being scanned. Laser 3D Scanners are more common and accurate than light-based varieties.

An Example of Laser based 3D Scanners

Although many place Laser Based 3D Scanners and Laser Pulse 3D Scanners in the same category, they are a bit different. A Laser Pulse 3D Scanner uses technology based on SONAR to calculate the distance from the scanner to the object and, subsequently, produce an image of the model. This form of scanning is known to produce some of the most intricate and perfect 3D Printed Models of all the types of 3D Scanners due to the short pulse duration of information passed from the scanner to the program.

Naturally, due to the overall intricate and high-tech nature of Laser Pulse 3D Scanners, these are among the most expensive of all scanners. Therefore, they are primarily used for high end, and large-scale projects. 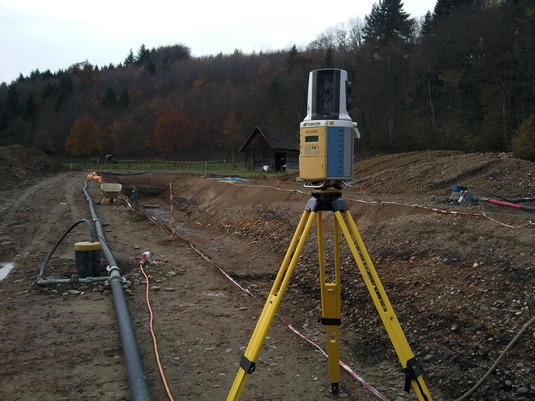 Laser Pulse 3D Scanners are often used in geological surveys to get the exact layout of the land.

Using a 3D Scanner can be both convenient and a lot of fun, but just like with any technology, certain aspects surrounding the scan can diminish or enhance the overall quality. Here are some tips to help you get the most out of your 3D Scanner.

Unless you are using a Contact Scanning device, you should avoid transparent objects. The laser, light, laser pulse will all go right through the object and the photogrammetry 3D Scanner will not capture a quality image of a clear model.

The better quality light you can have on an object to be scanned, the better quality final 3D Print you will produce. Light is your friend but be sure it is not too much on reflective surfaces.

Sometimes we can get in the way of our own masterpiece and if you have used a 3D Scanner it is likely, your own shadow has produced some level of distortion. Keep yourself out of the way when 3D Scanning.

3D Scanners are not completely new to the 3D Printing world, but for some, their use is, so when purchasing your new 3D Scanner keep these tips and these types in mind.